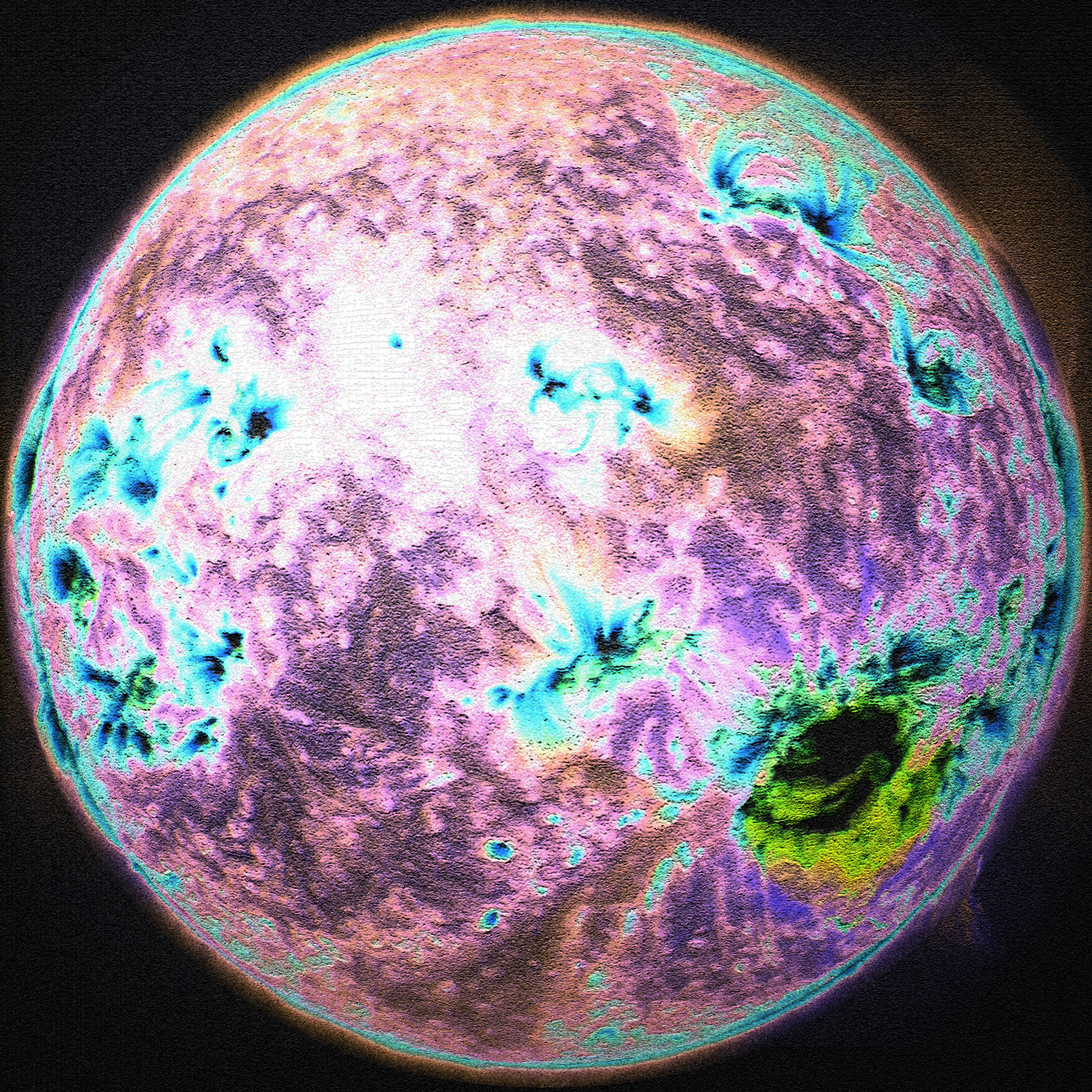 WatiGua-has eight times the mass of DianToz, and three times the radius. WatiGua averages temperatures around 1700 °C as it circles MiTaz our 2nd sun. Watigua is indeed one of the hotter planets. But what makes this particular heavenly body uncommon, is the fact that the crust of WatiGua is covered in graphite and diamond rather than water and granite. WatiGua is known as a carbon planet.

This Diamond planet has a deep core that consist of a solid steel-iron alloy. This inner core spins at a different speed than the rest the planet. This is what causes WatiGua’s magnetic field.

When the solar wind blows upon WatiGua’s magnetic poles, the molecules from the hot atmosphere create an unceasing borealis. Surrounding the core is a deep layer that is mixed of molten silicon carbide and titanium carbide.

Covering this carbide lava is a layer of carbon in the form of graphite, which is intermixed with a kilometers-thick substratum of diamond that becomes created from the tremendous pressure from within.

During seismic eruptions, huge diamond boulders from deep within the interior, thrust majestically upwards till they reach the surface; giving new birth to mountains of diamonds and silicon carbides. Frozen lakes of liquid hydrocarbons such as tar, methane and carbon monoxide pepper the surface.

A  Rare Jewell of a Planet in any galaxy.