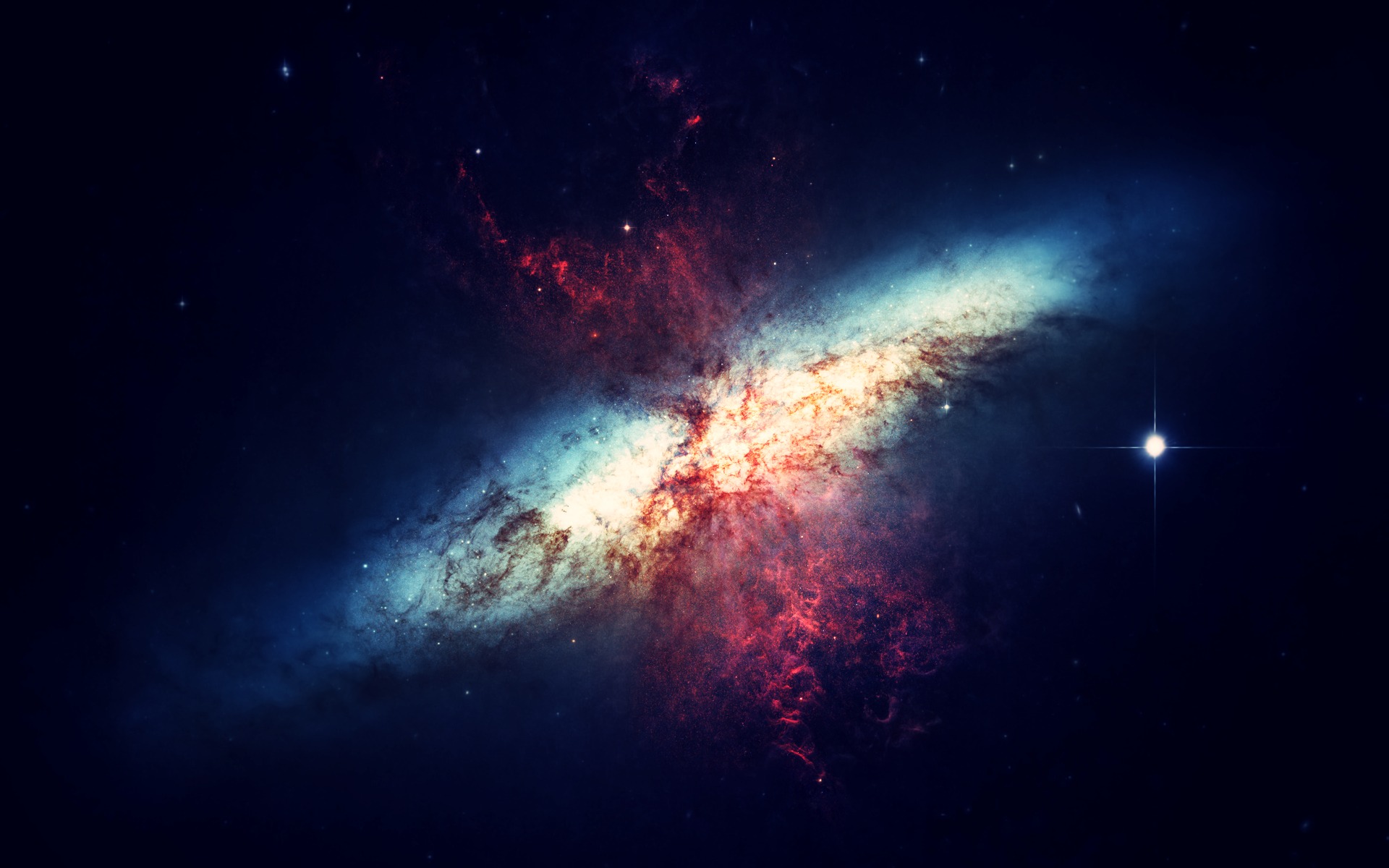 The closest planet that circles SoVran is a planet called MeGron which is a super hot gas giant. The intense heat from SoVran combined with internal heating within the planet are a major contributor to inflating the atmosphere. MeGron is tidally locked and orbits SoVran in a mere 3 days!

Baan is the 2nd closest planet and is known as the Chthonian Planet because of its large radius and very low density.   As the eons passed, the gravitational pull of SoVran brought it ever so close to the parent star, and the result was the atmosphere was roasted away, leaving only a rocky, metallic core. Molten lava rivers now traverse the surface.

A view from space presents quite an uncommon planet, for Baan has a multitude of jets or rings within the surface. These narrow multi-colored bands extend horizontally from the equator reaching far north and south to the magnetic poles, thus, spanning the entire planet.

DunZeer is the only desert planet within The Three Systems. It is a terrestrial planet with very little water, yet is life sustaining in nature. In fact DunZeer has a much larger habitable zone than most watery planets known to us.

DunZeer is a hot desert planet with minimal humidity, less than 5% compared to our home world . Lower atmospheric pressures on DunZeer  limit the range in which the water can remain liquid. DunZeer is close in size to DianToz, though slightly smaller. Exotic desert creatures populate this exciting destination.

DianToz is the fourth planet and our home world. It is 2 1/2 times the size of the planet Earth and resides in the habitable zone. DianToz orbits the sun every 280 days.

NorSoom counts as number five in The SoVraan System.   It is a ringed rocky planet twice the size of DianToz.            There is ample evidence of primitive life.

We have discovered fossils of Paleolithic marine life, and signs of vast seas.

There are many valleys, channels and gullies to be found on NorSoom, a positive sign liquid water once flowed across the planet’s surface in ancient and possibly recent times.

VenTua is a  gas giant that is more than 20 times larger than DianToz. VenTua’s mass is mostly composed of  methane and has a metallic core.  VerTua has 33 known moons, 4 w/oceans under frozen cover.

The MonTa Cloud is a swirling cosmic mass that resides at the edge of the solar system. It harbors a collection of comets, asteroids, and planetoids.