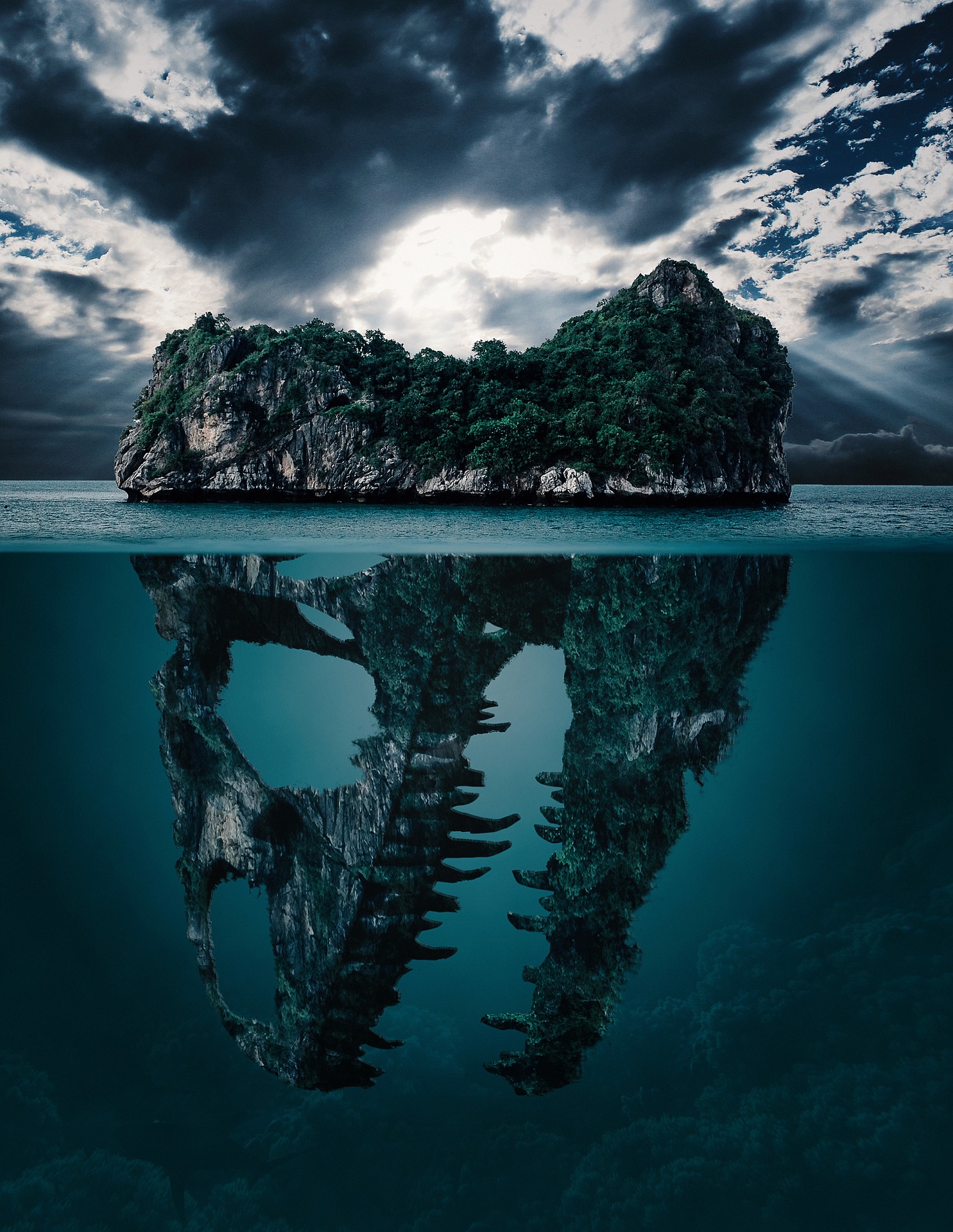 Orbiting our Sister Sun Mithos, is a wondrous prehistoric water world named BluGuyse.  Here endures a planet where 95% of the surface is covered in a salt water ocean.  Within this sea world live multifarious creatures both microscopic and massive in size.

Alpha Scout EgNau was observing The BaLo Species, a massive sea creature the size of a mega-cruise ship.  The 16 Staras tall creature loomed high above the vast ocean.

The BaLo even had a Booming Crimson Protrusion, that extended ever upwards emitting a deep guttural voice that symphonized harmonic sounds as it traversed the seas.

Alpha Scout EgNau stared in awe at the otherworldly being, feeling humbled by its immense size. EgNau and her PA slowly brought the SeaCopter down to the surface of the sea, hovering just a short distance away .

The BaLo had an Outer Shell that was a reflection of how evolution had taken a unique turn with this aquatic arthropod.  It’s surrounding crust had the strength of granite yet underneath this Behemoth Crustacean was a soft and squidlike body.

As we slowly descended into the sea we watched with great fascination as hundreds of far-reaching tentacles stretched deep into the ocean offering natures version of fishing lines.

Small fish, lured by the kelp-like appearance would rush up to feed, attracted by the glittery reflection in the water.

As soon as they took a bite from the tentacles, they would stick to the large sticky appendages powerless in it’s grasp.

After a period of time, the BaLo would sense the weight hanging on one of it’s tentacles and reel it up like a large thin tongue into one of it’s hundreds of mouth like openings.

The BaLo was a visible testament to the mammoth creatures that cohabited the world of BluGuyse.