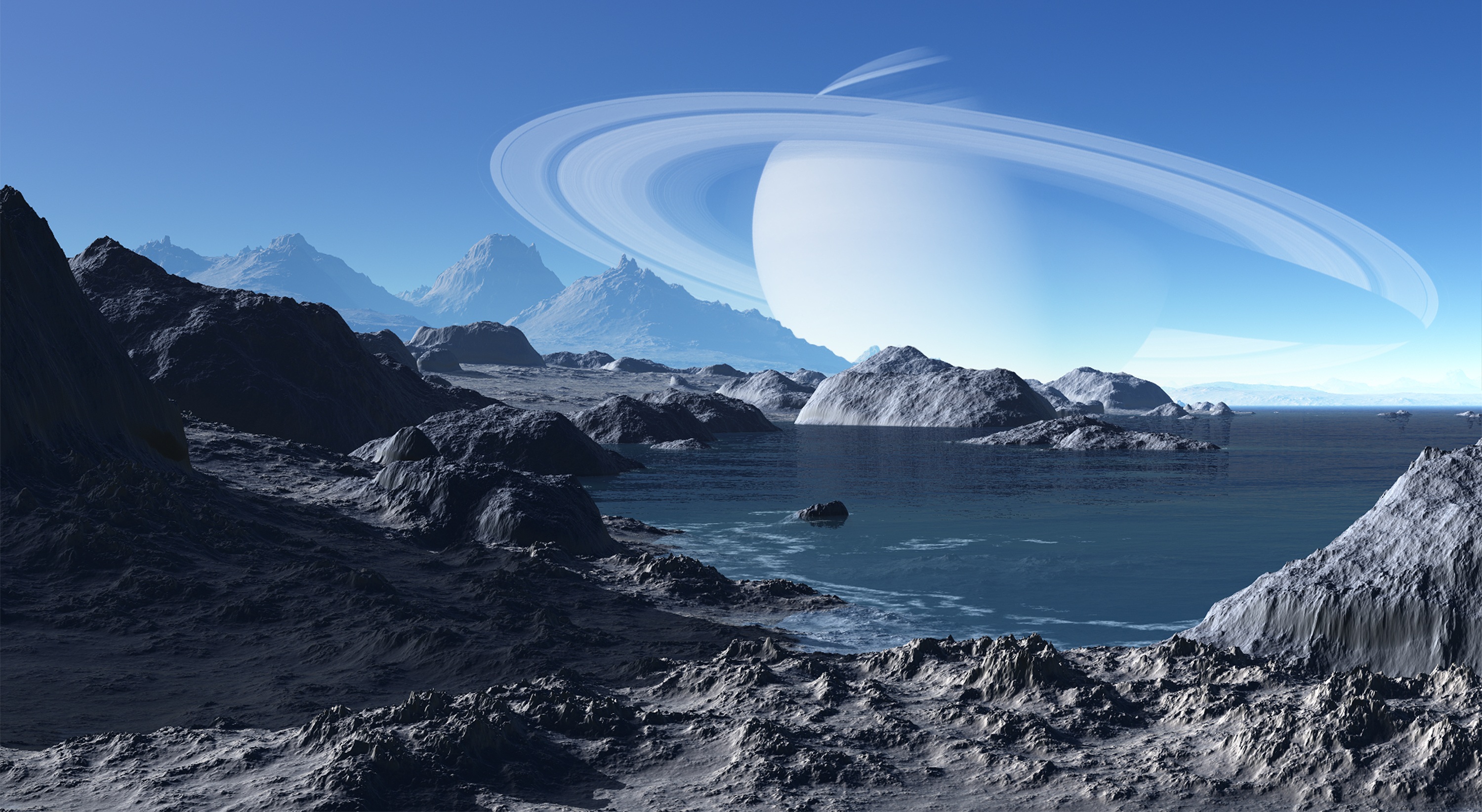 The closest Planet that orbits our third star is known to us as WatiGua.

WatiGua is a small rocky planet similar in mass of DianToz, and twice the radius. The planet’s average temperature is 1700 °C.  Indeed one of the hotter planets in the Tri-System. What makes this particular heavenly body uncommon, is the fact that WatiGua is covered in graphite and diamond rather than water and granite. WatiGua is a carbon planet., with frequent rain storms that carry diamonds of distinct shapes and sizes.

When a planet orbits a star very closely, sometimes the gravitational pull of the star can force the world to become tidally locked.  That has become the province of ConGria.  One side always faces the sun, while the other side faces perpetual darkness.

ConGria is known as the Eyeball world because of how it looks from space. A large habitable land mass occupies the night side, This land mass has never seen sunlight yet, has created it’s own illumination from a living organism that spans the entire continent.

There is where the PacaSihs live, unique holistic beings who live a simple primitive existence. PacaSihs only see the stars, they never see sunlight. An astounding species and civilization lives in the Eyeball of ConGria.

We refer to BeLise as “Planet of the Islands”. BeLise is another mid size planet that has 3 moons, one very large moon that has a small set of rings around it.  That’s amazing of itself but what is even more awe inspiring are “The Rings of BeLise”. Sailing the alien, exotic seas at night with the Rings of BeLise spanning the night sky is a treasure of an experience, and something we never grow tired of.

As you approach KanDov you are exposed to a riveting sight. A planet that, blinks, shimmers, sparkles, glitters, and flickers..any of those words can apply. KanDov is a planet that breathes visual electricity that moves across the surface as if alive. Many of the common elements found on other planets became metalized within the mantle. The mantle generated an electromagnetic bond with the core of the planet that resulted in extreme conductivity and a powerful magnetic field. Here, amid mammoth electrical storms one can experience “ The Mother of all Electrical Storms” on any given day.

GaLos is a Super sized DianToz. Evolution flipped a coin and this planet remained rocky instead of becoming a gas giant.  It’s surface is scarred from multiple meteor impacts.  GaLos is another Ringed world but differs than most with extensive Caves and Caverns that run throughout the planet’s interior. We have discovered Alien Plant life and oxygen in many of the towering caverns.

An even more startling discovery was bestowed upon the people of DianToz.  Ancient alien travelers had left a message in one of the caves.  Ancient aliens had once visited our world from a star system much older than our own. The message spoke of  “A Genomic Soul” that is within all of us. Here we found a declaration about The Alpha Religion.

NupTa is the last colossal planet in the Telios System and is up to twenty times the size of DianToz. NupTa is known as a gas dwarf and has a thick atmosphere that consist of mostly hydrogen compounds and reactive gasses. NupTa’s sky is filled with hundreds of moons.