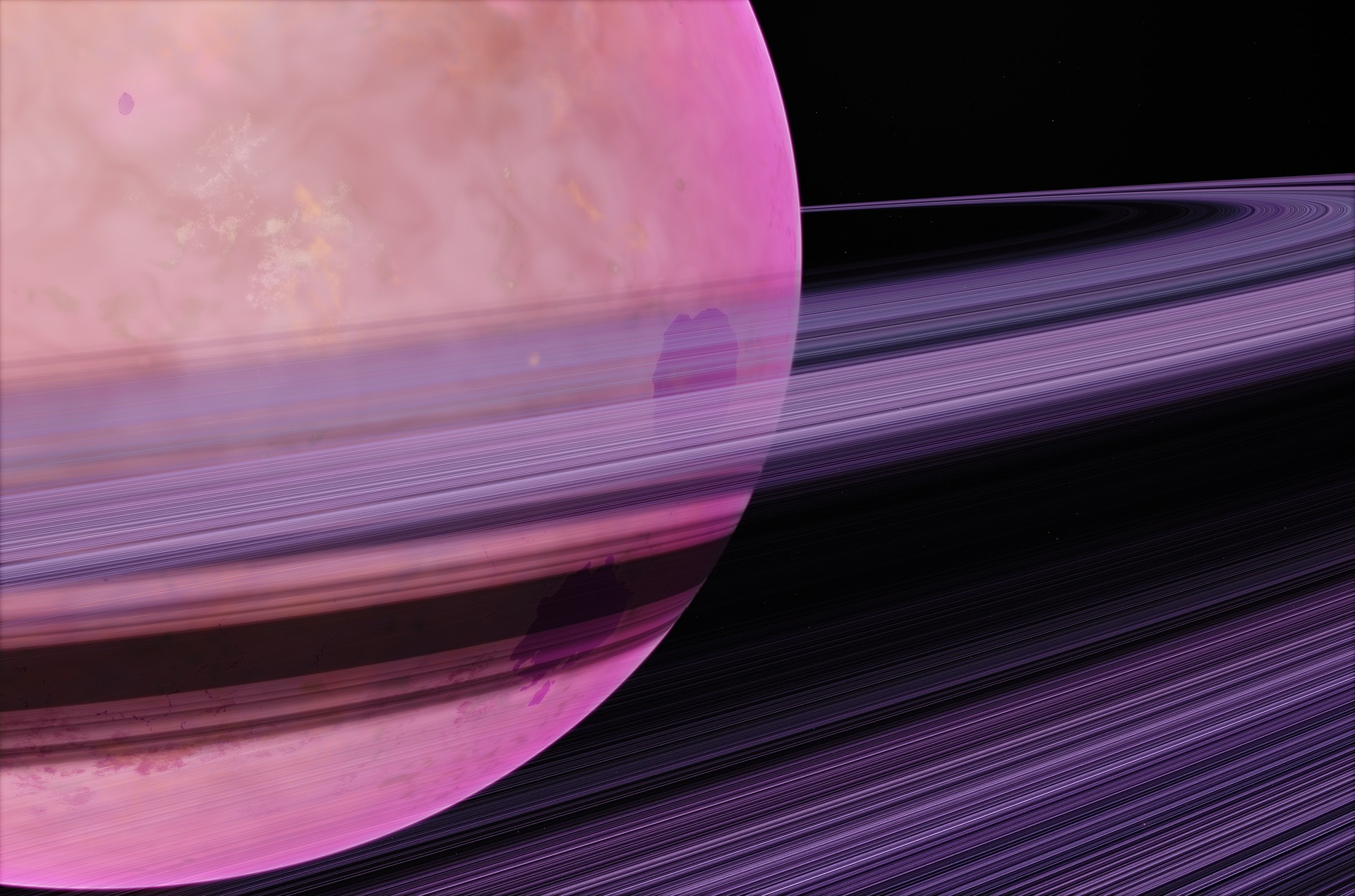 BanGe is the 2nd closest planet to our first star, SoVran.

BanGe is known as an Expansion Planet because of its massive radius and shallow density.

Intense solar heat from SoVran combined with internal heating within BanGe created the perfect storm that became the major contributor to inflating the atmosphere.

The final piece of this mix is the part that the stellar winds play. The planet’s magnetosphere interplays with the stellar wind thus creating an ongoing electrical current that deliberately heats up,  thus boosting the expansion.

A  spectacular view from above the surface paints quite an aboriginal planet, for BanGe has a multitude of JetRings within the surface.

These narrow multi-colored bands extend horizontally from the equator reaching far north and south to the magnetic poles, thus, spanning the entire planet.